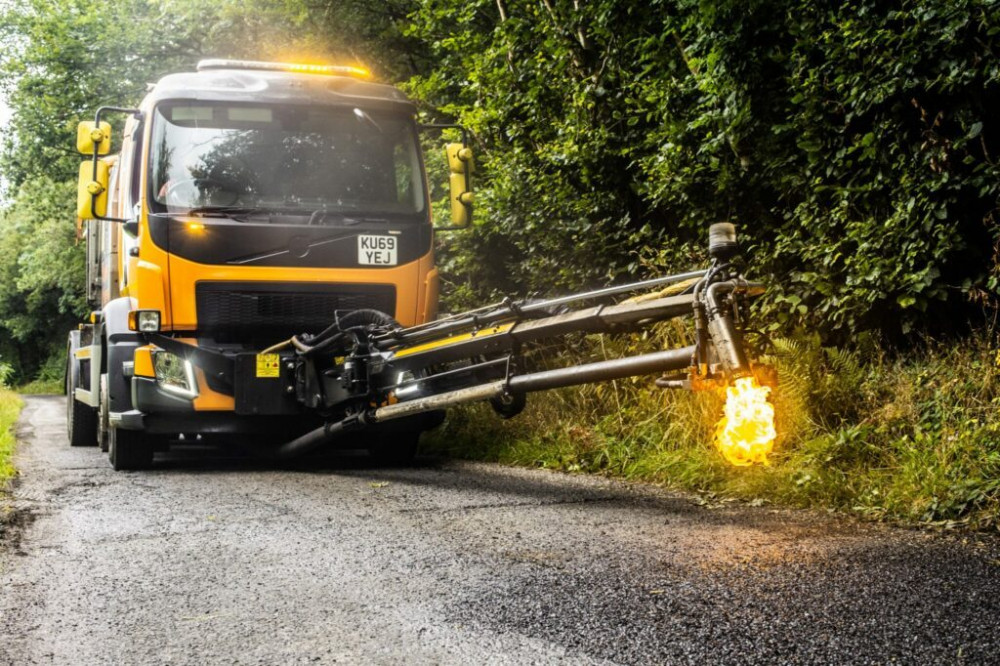 A report presented to a county council meeting this week reveals the total number of potholes in the first quarter is at its lowest for a number of years, with just over 12,000 recorded in the first four months of the year.

The figure, which excludes Torbay and Plymouth which manage their own areas, compares to more than 18,000 potholes at the same point last year and just over 20,000 between April and July 2020.

Numbers have been reduced through measures such as hi-tech 'dragon patchers' which dry out potholes using flames before material is laid. They are mainly used on smaller, rural roads where more conventional methods including surface dressing can't be carried out.

But repairs may have to be reduced if cost pressures continue to mount on the council's finances and more government funding isn't provided.

Increased demand on adult and children's services, combined with double-digit inflation, has led to Devon predicting a £17 million overspend this financial year, despite savings and extra income helping to reduce that total by almost £20 million.

Councillor Stuart Hughes (Conservative, Sidmouth), the county's cabinet member for highways, said: "We will always prioritise safety repairs within our available budget. Rising inflation has affected the cost of highway repairs so we're getting less for our money.

"The current pressures on the council's budget will also impact the amount of repair schemes that can be carried out and without more funding from central government there is a concern that we could see the condition of our local roads deteriorate."

The council says additional design work is being carried out on maintenance schemes to be delivered from September, to ensure the "most economical solution against a background of continuing cost increases."

In response, a Department for Transport spokesperson said: "The government is providing over £5 billion of investment over this parliament for highways maintenance to local highways authorities across England.

"This is enough to fill millions of potholes a year, repair dozens of bridges, and resurface roads up and down the country."