Exmouth: We look back at the MSC Napoli shipwreck, 15 years ago today 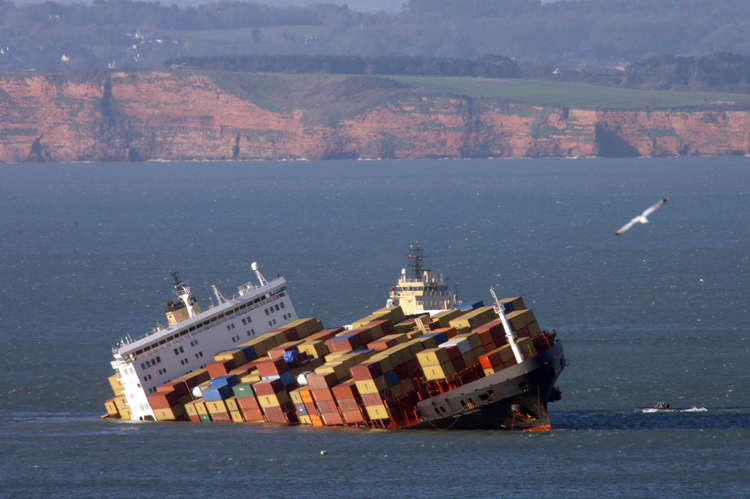 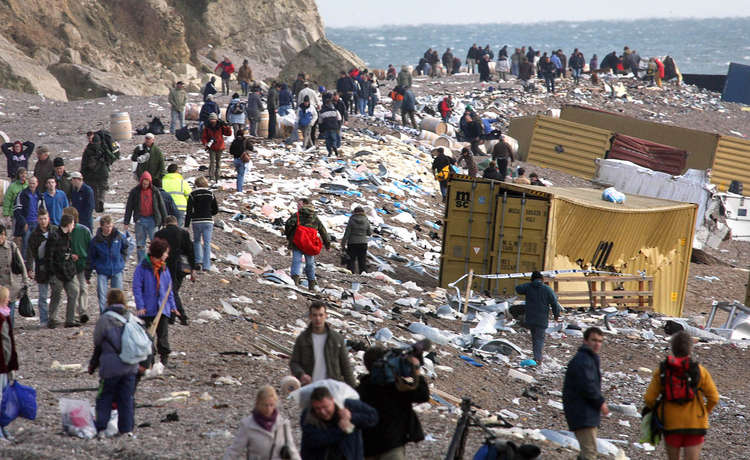 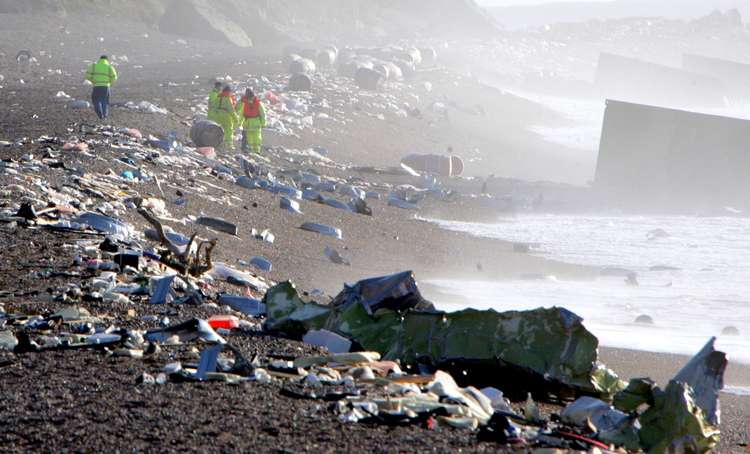 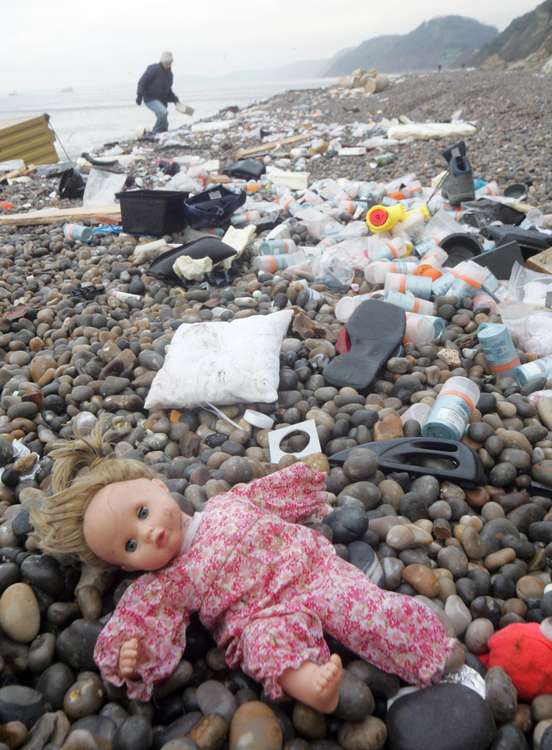 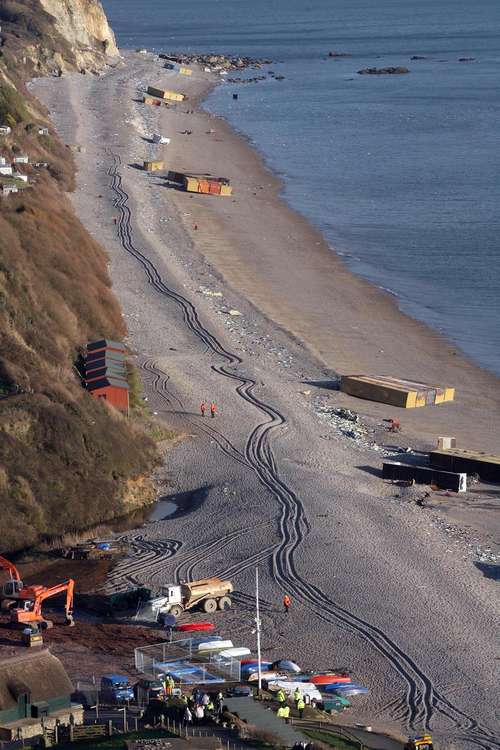 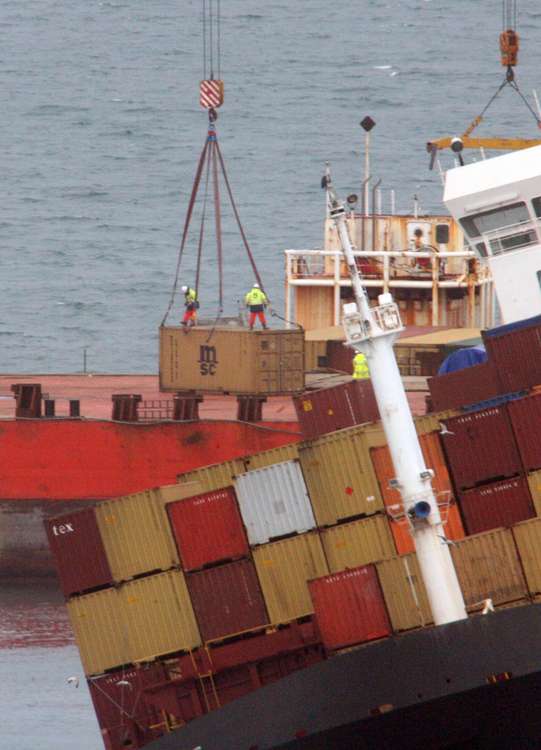 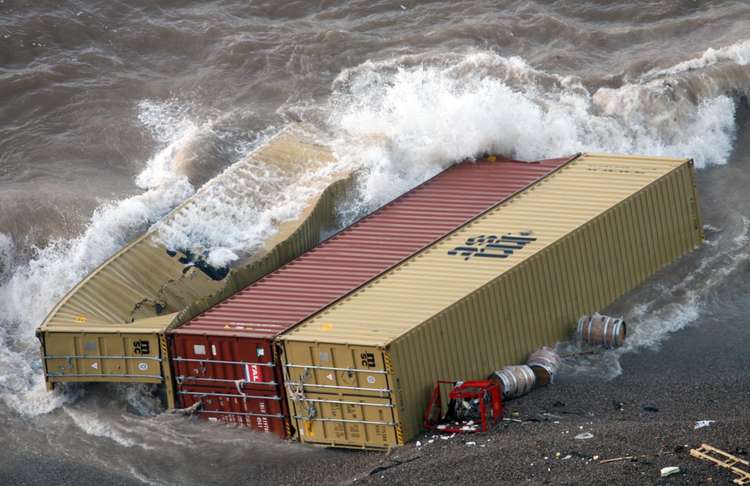 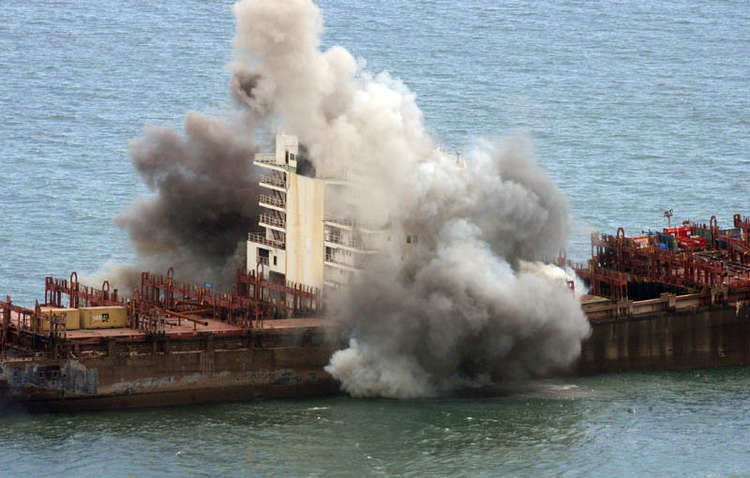 It was 15 years ago today - January 18 2007 - that the MSC Napoli came into trouble in the English Channel, later being run aground off Branscombe and resulting in national headlines as hundreds headed to the beach to scavenge its cargo.

The cargo ship developed a hull breach in rough seas and was deliberately run aground in the sheltered Lyme Bay to avoid an environmental disaster.

Of the 41,773 tonnes of cargo on board, 1,684 tonnes were products classified as dangerous by the International Maritime Organisation.

More than 100 containers fell into the sea and oil spilled for five miles, which affected some sea birds.

After containers from the wreck began washing up at Branscombe, hundreds of people descended onto the beach to scavenge the goods, despite warnings from the police that they could risk fines.

Items taken included everything from BMW motorcycles and car parts to perfume and nappies.

By January 23 the beach was closed by police to stop what they described as a "despicable" free-for-all and the public were told that any goods taken had to be reported to the 'Receiver of Wreck'.

Over the next week, attempts were made to remove the oil and other hazardous materials from MSC Napoli and a local salvage firm was appointed to clear up the beach and remove the containers and flotsam.

It was years before the ship was eventually removed from Lyme Bay.

On July 9 2007 the Napoli was re-floated but immediately re-beached as a crack measuring three metres was found in the vessel's hull. The ship was eventually broken up after several attempts at controlled explosions.

Local photojournalist Richard Austin, who covered the story for months as it unfolded, recalled: "I was there on a daily basis watching the wreckers come and go with bizarre choices of souvenirs – the larger stuff such as motorbikes were long gone.

"People were arriving from all over the country and soon the inevitable happened; local houses in the village were being robbed with one farmer losing all his chainsaws in a night time break-in.

"Scavengers is a good word for some of them. Thankfully the police closed the beach for the official clear-up, which took months.

"As the dust settled on the wreck of the Napoli, the decision was taken that the ship had to be broken up in order to being removed from the shore.

"High explosives were to be used, so a date was set, the media informed, and members of the public came along to witness the spectacular event.

"The media count was high with TV and newspaper representatives, and a number of photographers had hidden themselves in the cliff face hoping for a picture that nobody else had.

"Unfortunately for them the police had other ideas as to where the safety line should be drawn, and we were all moved so far away you may be forgiven for wondering if they were going to nuke the ship.

"Eventually someone counted down from 10 and a muffled bang with lots of smoke was witnessed.

"As the smoke cleared it became obvious it was a total failure, meaning that we would all be back again for another go at splitting the ship."

In August 2007, the bow section of the ship's hull was taken to the Harland and Wolff shipyard in Belfast for disposal and recycling. A plan to tow the stern section to Harland and Wolff was abandoned in March 2008 in favour of cutting it up in situ and removing the pieces separately.

Work was completed in July 2009 – more than two years after the Napoli was initially run aground.

The Napoli's 13,500kg anchor was presented to the people of Branscombe and was unveiled at Branscombe Mouth in July 2008.