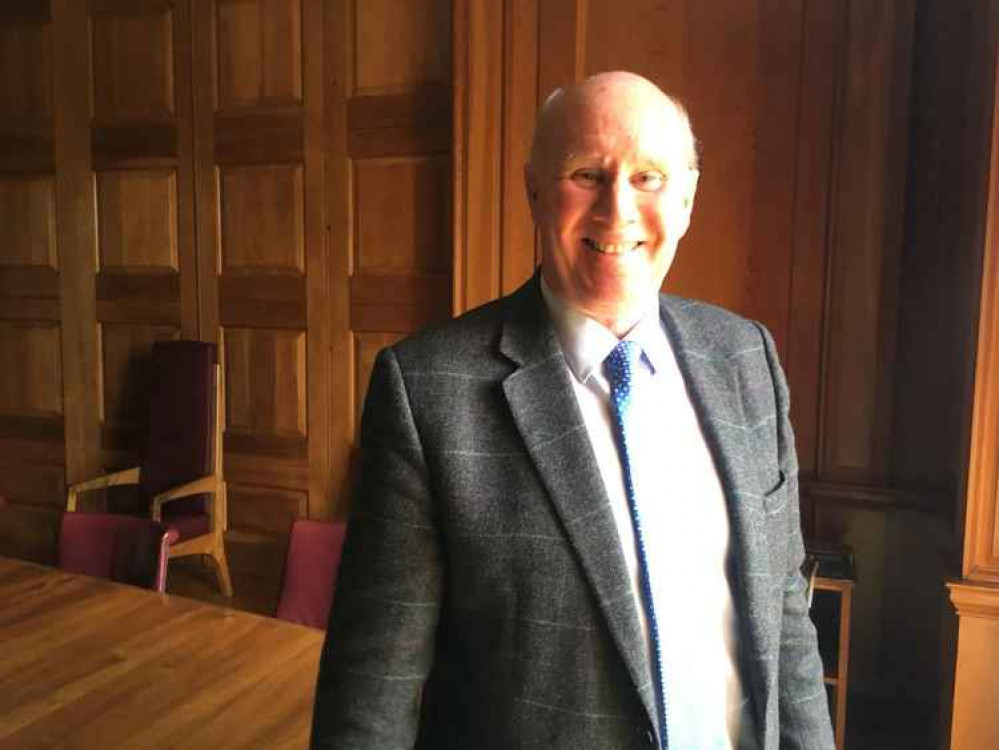 Devon's education chief has said he feared there will be further disruption and changes to how 2021's exams run as a result of the coronavirus pandemic and has called for more financial support for schools facing extra costs.

More generous grading, advance notice of exam topics and additional papers have been promised by the Department for Education (DfE) to make up for the disruption faced by students during the pandemic.

Those who cannot sit exams due to self-isolation rules will still get a grade, while extra measures to "boost fairness and support students" have been announced.

Cllr James McInnes, cabinet member for schools, said that he was pleased the Government had recognised the effect the pandemic has on education and the disruption at school, he felt further going down the road, things will change further.

Cllr Alistair Dewhirst had asked: "Even though we are now well over half way through the first academic term of the new school year, headteachers still have no idea what form tests and external exams take, so in light of the 'second wave' of Covid-19 when the Department for Education clearly are unable to provide this, can the cabinet member give some guidance?"

In response, Cllr McInnes said: "The Council has, since the start of the Autumn term, been asking the DfE for further information relating to both GCSE exams and end of Key Stage assessments. The Government has stated that GCSE exams should go ahead and that exam boards have been asked to give consideration to the content: it is not yet known what those considerations will look like.

"The DfE have stated they are working closely with stakeholders on a comprehensive set of measures that will ensure exams can be held and students will have the best possible opportunity to do themselves justice.

"Schools have said they must have certainty about contingency arrangements and what further measures will be put in place to ensure that these exams will be fair to pupils in light of the huge disruption to learning caused by Covid.

"I am pleased to see the Government announcement around exams and how they tend to recognise the effect the pandemic has on education and the disruption at school.

"My personal view is that I think further going down the road, they will change further, and I am concerned that we have to look to what it will be like for children taking exams this year, for their careers, and what their exam results will mean, so we will be pressing government for every tiny detail of the broad announcements."

Cllr McInnes confirmed how many laptops were promised for Devon schools and how many have been delivered for the most disadvantaged students and those shielding.

He said: "During phase 1 (vulnerable children with a social worker) and phase 2 (disadvantaged children), Devon received a total of approximately 2,000 devices for young people. The number is approximate as academies had to order their devices directly from the DfE. This equipment was received in the summer term and over the summer holidays.

"Phase 3 of the Digital Device rollout was to support children in Devon schools (Academies and Maintained schools) who were accessing remote learning due to bubbles self-isolating or due to lockdowns. The initial allocation for phase 3 was 2,226 devices, however later changes in how the Government felt these devices should be prioritised reduced Devon's allocation to 503.

"A 78 per cent reduction which was in line with that described nationally in the press. The rollout of these devices is still taking place and the schools are required to order these directly from the DfE.

"In terms of home internet access. This is provided by the use of a prepaid mobile dongle. While an effective way of providing access in urban areas it is problematic in a rural county with poor signal coverage. We have alerted the DfE to this but not alternative is currently available."

And Cllr McInnes also confirmed that he was continuing to press Government for extra financial help to compensate for the extra costs of Covid.

He said: "As well as helping children catch up with their learning after the first lockdown, they've been confronted with the huge task of making schools as safe as possible for children to return. And they've been juggling with cases of Covid in both staff and children and organising for bubbles and, in some cases, whole year groups to self-isolate.

"On top of that, they've had to reorganise timetables in some cases and arrange for supply cover. That places a tremendous pressure on them and obviously adds to their costs.

"In the last academic year, schools were offered extra financial help from the Government to compensate for the extra costs of Covid. So far that support has not been repeated in this academic year. I have already written to the Education Secretary calling for better compensation for schools for Covid costs.

"Dawn Stabb (Head of Education) also has raised this issue in her regular meetings with the DfE regional directorate. We are both lobbying as hard as we can. I was asked about the specific costs of Covid for schools but obviously this varies enormously in a county like Devon where we have primaries with just 20 or 30 pupils up to those getting on for 600 children and secondaries with below 1,000 up to some of the largest in the country with well over 2,000.

"As an example, an urban primary with just over 200 pupils. Their extra costs up to the end of November include £6,902 for cleaners, cleaning materials and masks and hand gel and a loss of revenue of £7,920 from lettings income."

In the letter to Gavin Williamson, the education secretary, he added: "The National Association of Head Teachers says that in just the first few weeks of term, schools have spent an average of £8,017 on enhanced cleaning supplies, personal protective equipment, hand-washing stations and other measures.

"No one is disputing that the costs of this pandemic will not have to be paid for in time but I would urge you, as Education Secretary, to ensure our schools have the resources they need now to continue to provide a Covid-safe education for their pupils. I believe education has to be one of our top priorities for extra spending so we can restore the terrible loss of learning that our children have suffered as a result of this crisis.

"The squeeze on education budgets in recent years has led many schools to reduce the number of teaching staff to the bare minimum. That means they now have no spare capacity when teachers are absent.

"Such is the extent of the issue, many schools have already spent their annual supply teaching budget. As time goes on and costs continue to be incurred, schools are having to consider the trade-off between opening in full and the threat that may pose to the future financial sustainability of the school."

He continued: "Schools need ongoing assistance with generic extra costs, such as deep cleaning and the displaying of information signs, however, a range of additional 'other' costs are also emerging. While we encourage schools to make savings where they can, we believe no school should be worse off because of Covid-19. Some schools may also have unique costs to them, which we believe should be included in the criteria for claiming back expenses.

"For example, special educational needs schools are spending substantial sums on PPE, such as aprons, masks, and gloves. This is considered essential as some children with additional needs are prone to spitting, biting, and licking, increasing risk of infection, but it is costly.

"Schools are expecting their heating costs to rise this winter as a direct result of the pandemic. In order to reduce the risk of Covid infections passing between pupils and teachers, schools have been advised to keep buildings well ventilated by keeping windows open wherever possible.

"This hasn't posed a problem during the warmer months, but now autumn is here, schools are having to use their heating systems more frequently, and increase the temperature, to compensate for the open windows. Schools should be allowed to claim for additional heating costs by submitting this year's heating bill along with a comparative bill from the same period last year.

"Many schools are facing financial hardship because their income streams continue to be frozen. These could be after school clubs, or the hiring out of sports and community facilities. In many cases, while the income is no longer coming in, the costs associated with them, such as staff and leasing costs, are continuing. Some schools have had no choice but to wind up certain activities, which is a loss to their community and has also incurred associated redundancy costs.

"We believe the DfE should support schools who have lost income by agreeing to subsidise a percentage of it – for example, funding 75 per cent of lost income. This would be in line with the approach taken with local authorities."

Cllr Rob Hannaford, leader of the Labour group, who had asked for the report, added: "Government guidance says that schools in England should implement a number of hygiene and safety measures to help stop the spread of Covid-19. These range from staggered class times to deep-cleaning of buildings, and access to hand sanitiser.

"A survey by the National Association of Head Teachers found many schools have already incurred considerable costs and these costs came to an average of £9,990 per school, from the 1,821 responses received.

"However, schools also estimate a £16,000 average loss of income from sources such as renting rooms or after-school clubs. The criteria for accessing the exceptional costs fund are far too limited and the list of eligible costs is too restrictive. Schools and colleges must be supported financially during the current pandemic and must have confidence that all additional coronavirus-related costs will be reimbursed."

Rapid testing pilot to be introduced in Devon care homes