How to give your views on proposed new Exmouth parliamentary constituency 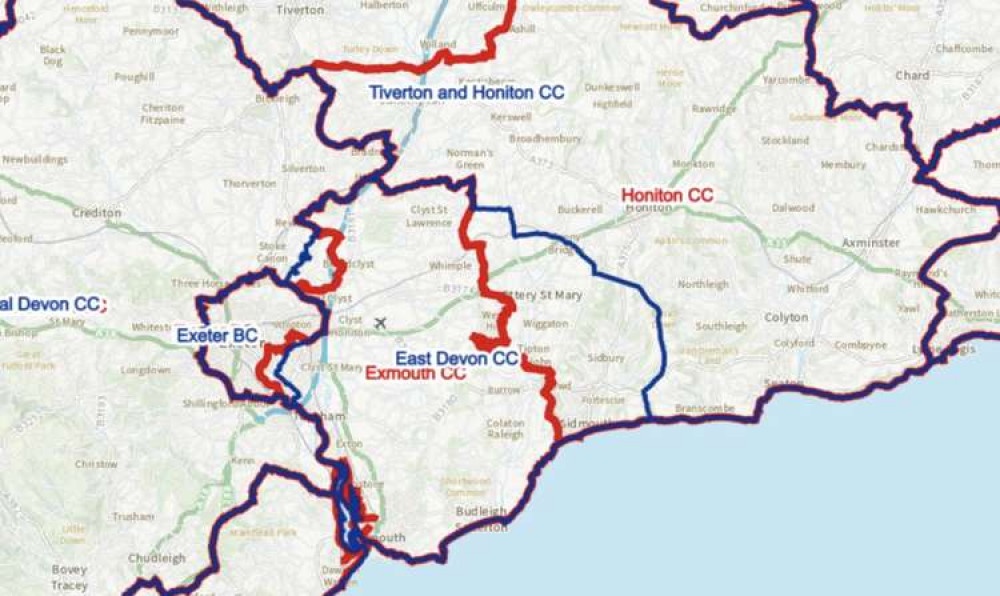 In blue, existing constituencies, and in red, proposed changes to electoral boundaries across Devon

People in Devon will need to travel to Exeter in March if they want to express their views on major new changes planned for general election boundaries.

Initial proposals were published for the new parliamentary constituencies by the Boundary Commission for England (BCE) last year, and they could be in place before the next general election currently scheduled for 2024.

The South West has been allocated 58 constituencies – an increase of three from the current number – which includes an extra seat in Devon, including a cross-county division including parts of Somerset.

Torridge and West Devon would be renamed Torridge and Tavistock, while in Plymouth, the proposal divides the Peverell ward between the Plymouth Sutton & Devonport and Plymouth Moor View constituencies.

The changes would leave Devon with 13 MPs – up one on the existing 12 – although one would be split across Devon and Somerset.

Following the first round of consultation in the summer, the BCE has published a list of public hearings to be held as part of an upcoming second round from Tuesday 22 February to Monday 4 April 2022.

During this stage, people can provide feedback on the proposed new boundaries via the consultation website, bcereviews.org.uk, by email or letter, or in person during a public hearing – Devon's only one being in Exeter on Monday 21 and Tuesday 22 March.

The proposed changes will retain the total number of seats in the House of Commons at 650 – but England's number of constituencies will increase from 533 to 543. They are designed to make representation more equal and limit seats to having populations between 69,724 and 77,062 people.

A statement on the BCE's website said: "We're looking forward to listening to your views on how we can improve our proposed boundary lines and constituency names.

"You will also be able to comment on the responses we received during our first consultation. We intend to publish these responses on our consultation website during the week commencing February 7, to give you the opportunity to take others' views into account when providing your own feedback."

A final four-week consultation will be held in late-2022, with the final report being submitted in June 2023.

The next general election can be held no later than 2 May 2024. However, parliament can vote for an earlier election, which happened in 2017 and 2019.

Exmouth: Sign up to receive your free newsletter delivered straight to your inbox every Friday