Local historian: Exmouth's connection to the wife of Lord Nelson 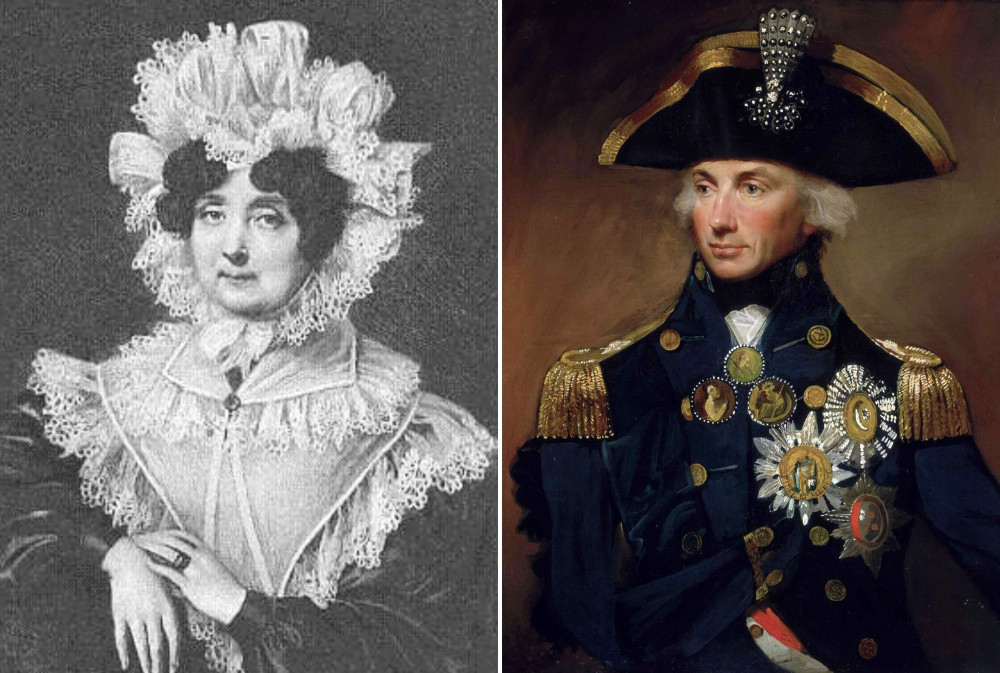 Lady Nelson was born Frances (Fanny) Herbert Woolward in May 1761, the daughter of William Woolward, a senior judge on the island of Nevis in the West Indies, and his wife Mary (née Herbert) who was the niece of John Richardson Herbert, President of the Council of Nevis.

On 28 June 1779 Frances married Josiah Nesbit, MD on Nevis. Shortly after, they moved to England and he became somewhat deranged and died within 18 months, leaving Frances with an infant son called Josiah.

Being dependent on her uncle, she and Josiah moved back to Nevis to live with him at Montpelier.

It was while living with her uncle that she met Horatio Nelson, who was then a young Royal Navy captain of HMS Boreas. 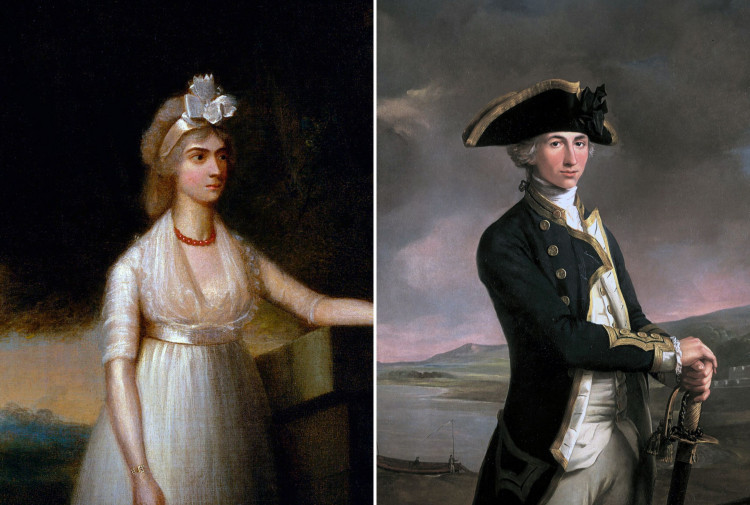 They soon fell in love and married at St. Kitts in the West Indies on 12 March 1787.

Upon returning to England, they initially lived with her uncle, John Herbert, at 5 Cavendish Square, London, before renting several other houses in London before moving to Nelson's birthplace, Burnham Thorpe in Norfolk, where they lived until 1793. They then moved back to London to a house at 17 Dover Street.

In the spring of 1788, the Nelsons had a happy holiday in Exmouth.

In 1798, Nelson went to Naples in Italy, where he first met Sir William Hamilton and his wife Lady Emma. 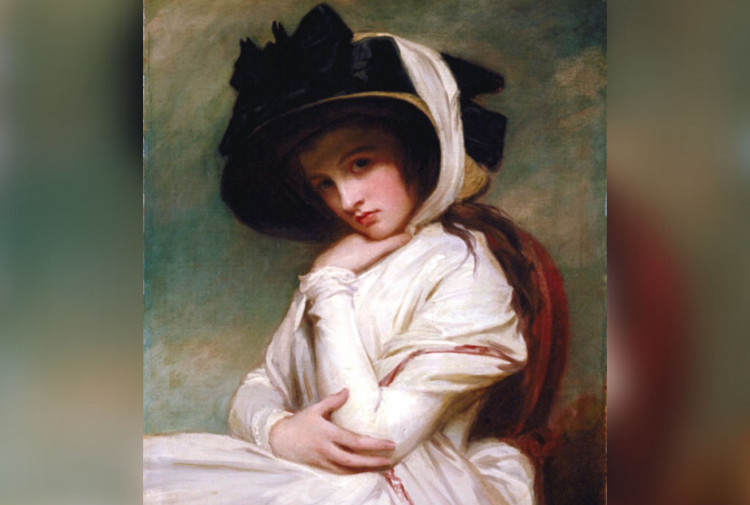 She soon became smitten with him, and rumours abounded about their affair, and news of this reached Nelson's wife in London.

In 1801, Nelson returned to London and stayed at Nerot's Hotel with the Hamiltons.

He met his wife at the hotel and when she realised that the Hamiltons were there, and Emma was pregnant with Nelson's child, she became very angry, and there followed many quarrels.

Nelson and his wife never had children and it was known that he was very frustrated at his wife being unable to provide him with a child.

They separated in early 1801 and Nelson settled on her an income of £1200 per year. Nelson's father also financially supported her.

In the meantime, Nelson had bought Merton Place in Surrey (demolished 1846) where he lived with both Emma and her husband.

Neither Nelson or Lady Hamilton ever divorced their spouses.

In 1805, Viscount Nelson as we know was killed at the Battle of Trafalgar, and following this his wife was given a government pension. 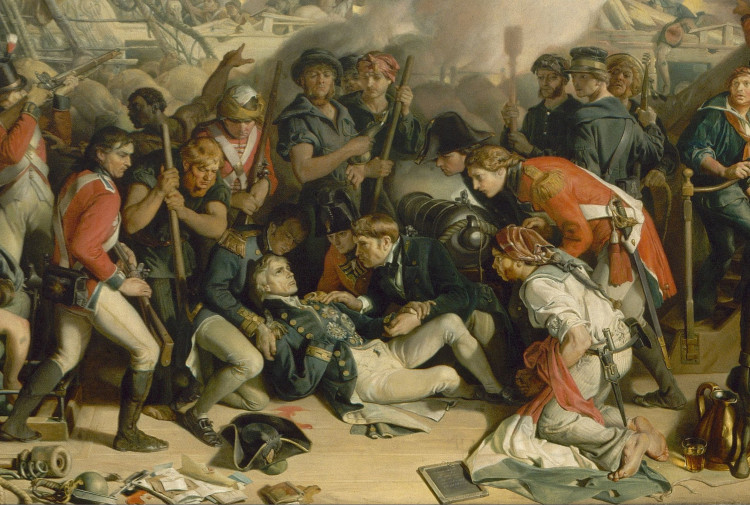 She then moved to Paris with their son, Josiah, also a naval captain of HMS Thalia.

They then returned to England, and remembering the happy holiday they had in Exmouth, settled at a house at 6 The Beacon where there is a blue plaque to commemorate this.

In 1829, they moved to a house in Louisa Place, the former house being too large for her needs as her health was beginning to suffer.

Death of son, then of Lady Nelson herself

In 1830, her son Josiah died, and she never really got over his death and her health continued to deteriorate.

She returned to London to live at 26 Baker Street - and there is a touch of irony here as Nelson detested this street when alive, seeing it as not fit for someone of his standing to live in.

She died there on 6 May 1831, although some reports say she died in Harley Street.

Her funeral was at Littleham in Exmouth and she is buried in the churchyard near her son's grave. 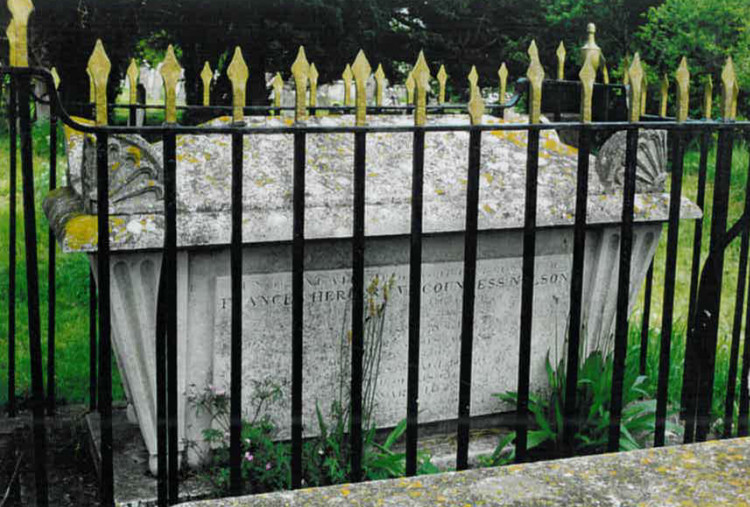 Her elaborate tomb, surrounded by railings, is just inside the main entrance to the right of the path and is maintained by the 1805 Club. There is also a memorial to her inside the church.

If you would like to know more please visit the museum's website or you can email Mike at [email protected].

Ed: This article is from Mike Menhenitt's Walking Through Exmouth History series. Use the links below to read previous articles:

Part One: The beginnings of Exmouth, from the Stone Age to the Bronze Age

Part Two: Exmouth in the Iron Age - and the arrival of the Celts

Part Four: The impact of the Norman conquest, and how places in Exmouth got their names

Part Five: How Exmouth became a fashionable seaside resort in the 18th century

Part Six: How the docks brought prosperity to Exmouth - and then became the marina

Part Seven: The coming of the railway

Part Nine: Jobs your ancestors had in the town through the ages

Part 10: The town's first museums - and the museum as it is today

Part 11: A horse-drawn fire engine and the history of Exmouth Museum

Part 14: Clapp's Cafe and the development of the town centre

Exmouth: Public asked to keep away from wildlife refuges amid arrival of brent geese