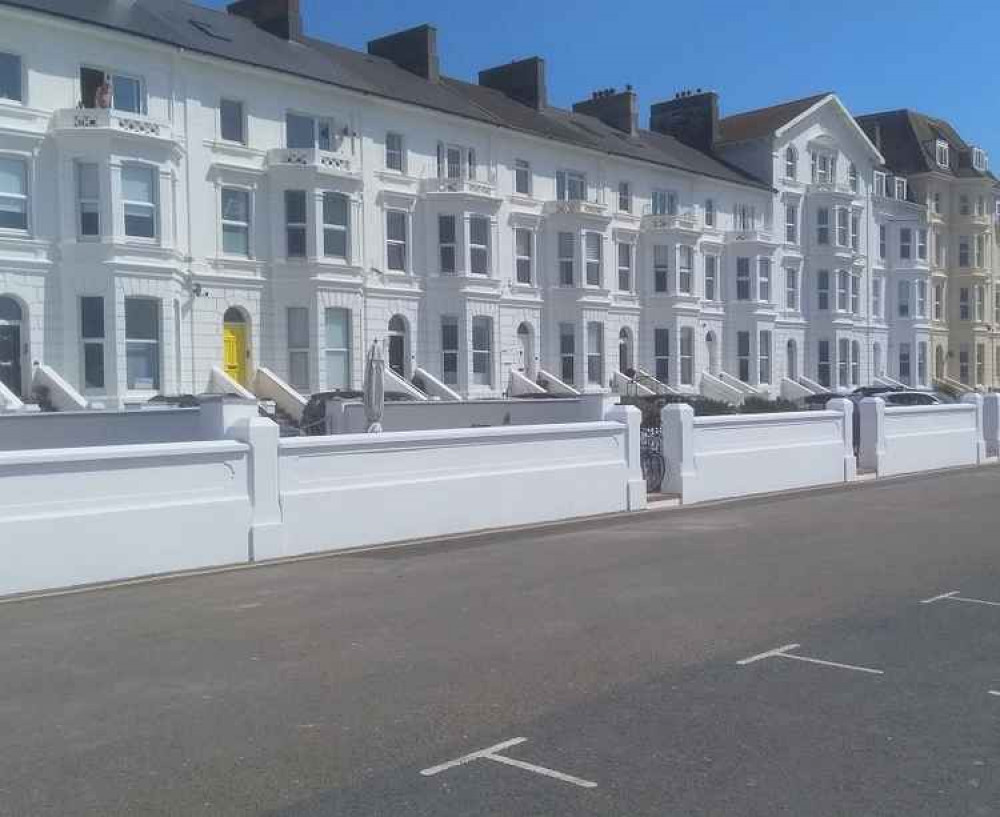 The Environment Agency project, when finished, will reduce the flood risk to 1,400 homes and 400 businesses.

Construction began in June last year and continued throughout the first coronavirus lockdown, since the project was identified as critical infrastructure.

But the work was paused in June this year so that roads could be reopened and disruption to the tourist trade minimised.

The Environment Agency has announced that the final stages of the project, due for completion by the end of 2021, include:

- Strengthening the lower walkway of the sea wall between Morton Crescent west and Temple Steps opposite Alexandra Terrace Junction.

How will the floodgates system work?

The Environment Agency and contractors will work closely with Devon County Council Highways at the Alexandra Terrace junction and across the Esplanade on the installation of floodgates. The floodgates, which will be closed when floods are predicted, will be placed in 26 locations. Those based on roads will be operated by East Devon District Council (EDDC), and the remaining gates will be operated by teams of community volunteers. These volunteers are being recruited by the Environment Agency, EDDC and Exmouth Town Council. The Environment Agency explained that community floodgates are used effectively in other towns across Devon. They offer more flexibility, as they can be opened between tides, and reopened sooner once the all-clear is given. This limits the length of time the gates are shut, reducing inconvenience for residents and businesses.

Environment Agency Flood Manager Ben Johnstone said: "I am delighted to confirm that construction of the Exmouth Tidal Defence scheme will recommence in January and the scheme is due to be complete in 2021. "Climate change is happening now and we expect to see an increase in extreme weather and flood events. "The Exmouth tidal defence, and schemes like it, are an important part of how we plan to better protect homes and businesses in Devon and Cornwall from flooding. "I would like to thank residents in advance for their understanding and co-operation while we work on this vital scheme for Exmouth" East Devon District Councillor Geoff Jung, the Portfolio Holder for Coast, Country and Environment, said: "I am really pleased to see the final sections to this all-important tidal defence scheme being finished, which will protect the low-lying properties in Exmouth from coastal flooding. "This is another important section to the ongoing work East Devon District Council, Devon County Council and the Environment Agency are required to carry out due to the increasing threat of increased storm intensity and sea level rise due to climate change." The work will involve sections of the Esplanade road being closed, with diversions in place, from January. A route through for cyclists and pedestrians will be maintained if it this can be done safely.