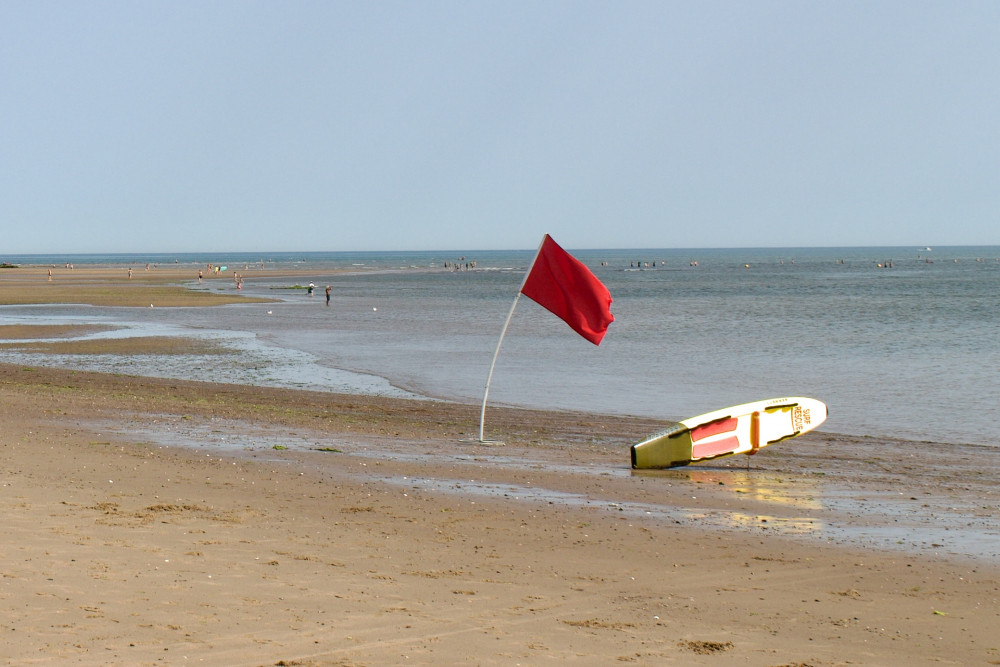 It comes after water samples showed a 'very low level of bacteria'.

South West Water is still investigating the cause, however.

"SWW are still investigating the cause of the incident but EDDC's precautionary closure has now ended and bathing and watersports are once again being allowed at Exmouth."

A ban has been enforced by the Environment Agency, a public body, following reports of black sand with a foul odour between Orcombe Point and the Lifeboat Station yesterday (18 July).

Red flags have been put out on the beach and lifeguards have stepped up patrols to keep people out of the water. Signs asking people to stay out the water will be placed along the seafront by the district council.

It is not yet clear what the unknown substance is, but the results of samples taken by the Environment Agency will be known by tomorrow morning.

Update 19 July 10.47am: Charity Surfers Against Sewage has issued a pollution risk warning for Exmouth Beach today and advises against bathing.

It reads: "Pollution Risk Warning: Bathing not advised today due to the likelihood of reduced water quality."

The results of yesterday's investigations into the patch of 'black sand with a foul odour' are not yet clear.

Update 6.15pm: A spokesperson for East Devon District Council said: "We are currently working with the Environment Agency which raised a pollution incident after reports of black sand with a foul odour near an abandoned sewer line at the eastern end of the beach.

"Currently, we are unsure whether this is a result of a sewage pollution, a surface water discharge or a natural occurrence.

"Our lifeguards have put out red flags on the beach between Orcombe and the lifeboat station to advise against going into the sea in that area until the incident is resolved."

"A member of the public alerted the Environment Agency to the incident, reporting black sand and an odour.

"We have liaised with South West Water and they will be taking bacteriological samples at low tide later today.

"As soon as we have the results of South West Water's sampling we will review the advice. With the current hot weather we appreciate people's desire to cool off in the sea, but we must carry out our investigations fully and satisfy ourselves that there is no risk to bathers.

"If anyone is concerned about pollution or any environmental incident they should call our 24 hour incident hotline 0800 80 70 60."

A spokesperson for South West Water said: "We've investigated a report of a potential issue in Exmouth and found that all of our assets in the area are operating as expected. We will continue to monitor the situation."

A pollution incident on Exmouth Beach has prompted East Devon District Council to advise against going into the water between Orcombe Point and the Lifeboat Station.

There is reportedly a 'large patch of black and smelly sand'. The Environment Agency and South West Water are investigating.

A spokesperson for East Devon District Council said on Twitter: "There is currently a pollution incident at the east end of Exmouth Beach with a large patch of black and smelly sand.

"The EA and SWW are investigating. We temporarily advise against bathing between Orcombe point and the Lifeboat Station until this is resolved."