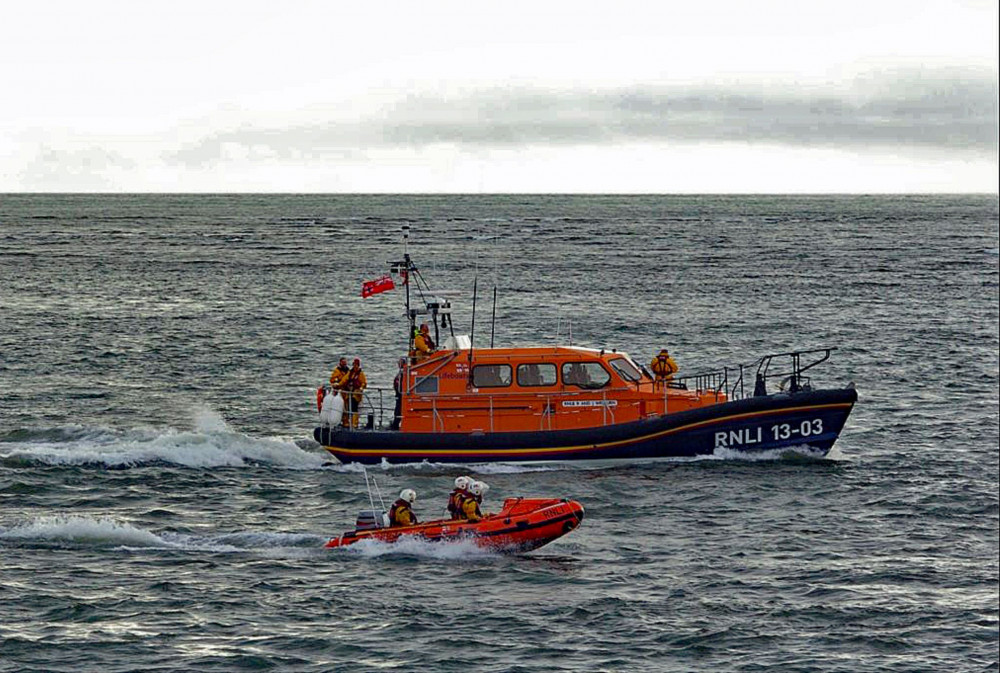 The volunteer crew, Harry Griffin, Nick Wright and James Edge, were already on the water at a PR event nearby and were quickly on the scene. It was established that the two young men, both with deflated paddleboards, had become cut off by the tide at that location. They were wet and cold and the volunteer lifesavers took them on board the lifeboat and to the safety of shore where they were seen by an ambulance crew.

A short time later the same crew on the inshore lifeboat, together with Exmouth RNLI All Weather Lifeboat 13-03 R & J Welburn, were tasked to a search following the discovery of an abandoned inflatable kayak with no paddle about 400 metres off Dawlish Warren.

The all weather lifeboat crew, commanded by Coxswain Steve Hockings-Thompson, Lifeboat Mechanic Roy Stott and crew Mark Champion, Ed Steele, Robert Thompson and Andrew Stott assessed the situation and, together with the inshore lifeboat commenced a lengthy, detailed search of the area off Dawlish Warren.

After a thorough search of the locality, satisfied that the area had been extensively covered, both lifeboat crews stood down at 11.27pm that day, with both lifeboats back on service shortly afterwards.

RNLI safety advice regarding tides can be found here: https://rnli.org/safety/know-the-risks/tides