Food vouchers to be given to 15,000 Devon children to combat holiday hunger 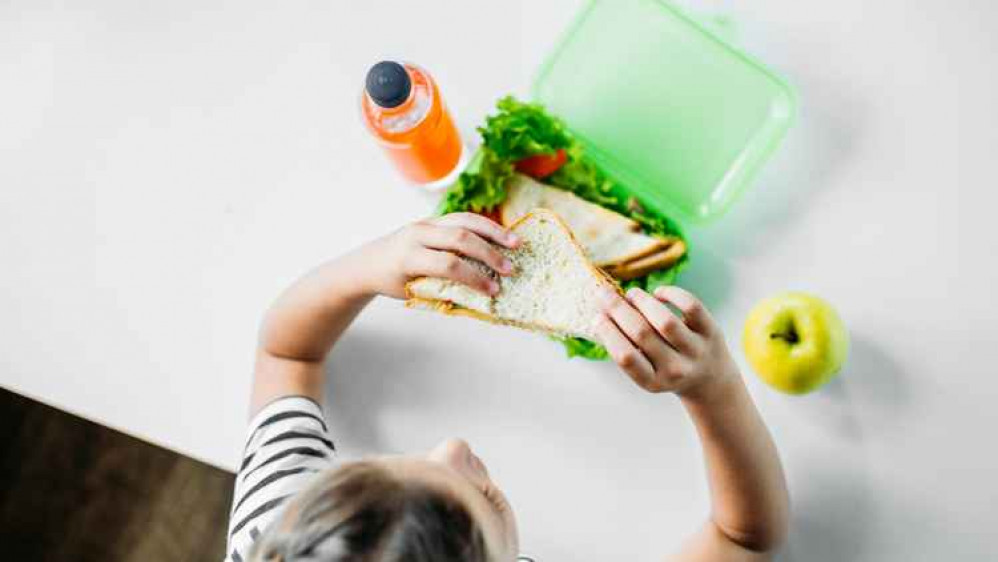 More than 15,000 children across Devon will be receiving food vouchers this Christmas as part of a £1million programme by the county council to combat holiday hunger.

The children are currently receiving free school meals and their families will be able to buy food with the vouchers over the festive holiday, while eligible children in pre-school and young people in sixth form colleges will also receive the vouchers.

The vouchers can be redeemed in major supermarkets across Devon, with arrangements being put in place for families who cannot get to a supermarket.

Cllr Roger Croad, cabinet member for communities, made the announcement at Thursday's full Devon County Council meeting, with a £1million programme organised to alleviate holiday hunger over Christmas and another £1million will be spent in the New Year to cover half-term and the Easter holidays.

Speaking at the meeting, Cllr Croad said: "We are committed to providing a universal offer to those families currently relying on school meals.

"In addition to issuing the vouchers directly, we'll also be providing them to our Early Help teams, children's centres, food networks and district councils who will be able to help vulnerable families who may not be eligible for free school meals."

Vouchers, which in the main will be made available digitally to parents, will be able to be converted to spend within major supermarkets of their choice including Tesco, Morrisons, Sainsburys, ASDA, M&S and Waitrose.

Arrangements will be in place for those parents without e-mail or unable to utilise the vouchers digitally, while the Council will provide a basic food box facility should families be unable to utilise a voucher and require urgent support.

Cllr Croad added: "We want to make sure that no child in Devon goes hungry this Christmas. We will be distributing vouchers to the major supermarkets so parents can redeem them, or there are alternative arrangements.

"The easiest thing to do would have been to put the money straight into bank accounts, but I didn't want to do that as may lead to minority of feckless parents squandering the money on cigarettes and booze and goodness knows what else, so the vouchers are the next best thing."

He added that the council has commissioned Devon Community Foundation to facilitate a rapid piece of work to develop a series of Food Networks across Devon, with an ambition to develop or align to, at least one network per District area, before Christmas, and networks, which will include community kitchens, foodbanks, charities, cafes and pubs will initially be tasked to facilitate a food response from now until Easter 2021.

He said: "In the longer term it is hoped that these networks will continue to develop and sustain in order to support the Council in its wider ambitions around food, particularly in relation to sustainability, local production, good nutrition and health, and food security.

"We have seen an overwhelming response from communities and voluntary and community organisations already this year.

"An investment in these emerging networks and the great organisations within them will provide timely and much-needed funding and co-ordination."

Cllr Rob Hannaford, leader of the Labour Group, who had asked for a report on the rollout of the scheme to support vulnerable children and families in Devon, said: "This is a huge sigh of relief for many families, especially those who will no longer have to starve some days so their children can eat. I am pleased that the county council is taking these challenges seriously and have set up delivery models to get the help out into our communities.

"The next step is to secure free school meals being extended to all families in receipt of Universal Credit. Many low-paid workers are still not entitled to free school meals, despite being in need, because they earn slightly over the threshold. They missed out when free school meals were extended to holidays in the first lockdown. We must keep campaigning on these crucial issues."

Cllr Alastair Dewhirst added: "Getting food vouchers to the needy over Christmas is fundamental that we ensure they have something to eat."

The meeting also unanimously agreed to back a motion submitted by Cllr Su Aves for a food strategy in Devon to be put place to stop the reliance many families have on food banks.

She said: "Like so many, who helped in their neighbourhoods to support those most vulnerable during the lockdowns, you all will have realised how awful it is that so many of our residents, of all ages, were without enough food. Anyone of us could find ourselves without the funds to cover all our bills.

"The list of food banks across Devon seems endless and together with the community larders and hot food projects the work they do is so important, but this is the UK and this is a disgrace. We should not need them.

"We may disagree on the root causes of food poverty but, we can all agree that we want to eradicate food poverty through developing a suitable food strategy.

"I urge all councillors to vote in favour of the Cabinet's amended motion so that Devon County Council will have a Cabinet member with responsibility for food resilience. This will make sure the aspirations of this motion will be carried through to enable all residents to afford enough nutritious food with as much food as possible produced locally."

Supporting the motion, Cllr Hilary Ackland added: "Food justice is communities exercising their right to grow, sell and eat healthy food. Healthy food is fresh nutritious, affordable, culturally appropriate and grown locally with care for the wellbeing of the land.

"Food justice is important because food is culture. Being able to enjoy and prepare food that actually nourishes the body and keeps us healthy is connected to our ability to be mentally resilient –our right as human beings.

"We need to get beyond food banks. We need to encourage our farmers in the new post Brexit era, small local food businesses-producers/distributers /markets to come together and so compete with big companies.

"With the co-operative spirit active and the vision of healthy and fresh local food available and affordable across the county we can put behind us the scourge of food banks, alleviate food insecurity and be proud of a County that champions food justice for all."

Cllr Sylvia Russell called for schools to 'go back to basics' and educate them and reintroduce cookery lessons. She said: "Processed food is cheaper but can be unhealthy and if children are given a grounding around what fresh food looks like – lots of children don't understand where fresh food comes from and don't understand where milk comes from and think comes out of bottles straight away.

"They should reintroduce cookery lessons as they have the life of an adult to feed, and chicken nuggets just doesn't cut it as you have to have something a bit more exciting than that."

Cllr Alan Connett, leader of the Liberal Democrat group, added: "For many years children have not known where food comes from, and for many years, schools have reduced the capacity to teach cooking, so it is not a surprise to me that some children think that sandwiches come out of packets.

"There is so much that can be much and trying to turn back the tide of what can be done and to move away from the reliance on readymade. We treat in schools food as something to do be done in the shortest time possible rather than something to be enjoyed."

Cllr John Hart, leader of the council, said that he would be nominated Cllr road as the cabinet member take on responsibility for Food Insecurity, and added: "We will all be involved in this and it is an issue for all of us."

Parents and carers of children currently receiving free school meals will be sent letters and emails next week with information about how to access their vouchers. Please look out for it and get in touch if you were expecting to receive one but didn't.

Residents reminded 'Christmas could be cancelled' if ordered to self-isolate