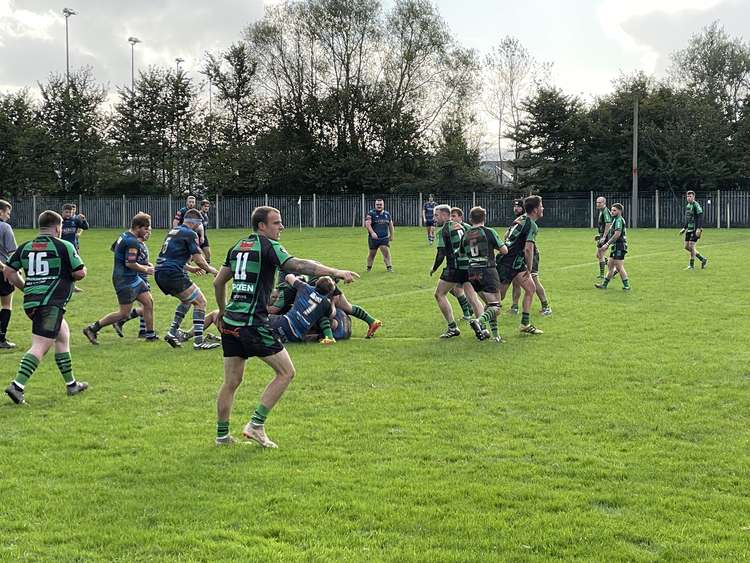 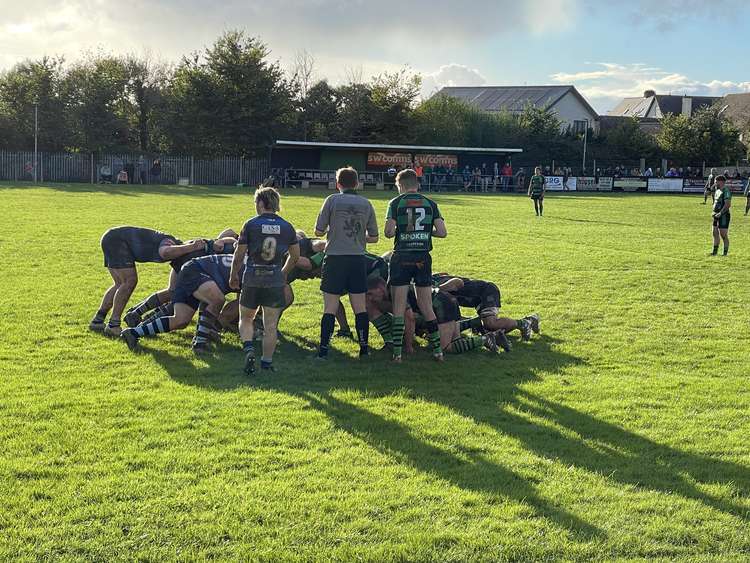 Derby days always bring an extra level of pressure and excitement, and this was no different!

Right from the kick off, the Withy boys wanted to make a good account of themselves against high-flying Topsham, who score big each week and sit in second place.

Early pressure by the home side forced errors out of Topsham who had their first three line outs stolen. Growing in confidence, the Withy boys started to make good ground, but when a chip kick was charged down and caught by centre Henry Batty, the boys saw themselves 7 points down as the former Exeter University player broke away to score under the posts.

Withies didn't let the score unnerve them though as they took the restart well and continued to pressure Topsham at every opportunity to keep them pinned in their half. However the next score would come somewhat against the run of play when another break from Batty gave the visitors their second try; this one unconverted.

Withy pressure still continued but they were just unable to break through the Topsham defence. At a defensive level, the teams remained equal as any attacking attempt by Topsham was equally as successfully extinguished. Parity remained throughout the remainder of the half, with the score at 0-12.

As the second half kicked off, it was the visitors that came out the blocks quickest as another breakaway saw them make considerable distance up the field.

A last-ditch tackle stopped the initial run but with a couple phases of quickly recycled ball, Topsham were over the line for their third.

With the scoreline expanding further, the visitors took their turn in the attacking driving seat and began to turn the screw. Withy defence stood strong and continued to fight and a great break by Danny Sansom brought the ball back to half way, and also earning a penalty for additional good measure.

The well-placed kick to touch put the boys on the Topsham 5m line and the line out was well won. The ball was driven well over the line but with the maul dropping to the floor, the decision was that the ball had been held up by the visitors, allowing them to clear their lines with the drop-out.

With Topsham back in control of the attacking play, they took the ball into the Withy 22' where they enjoyed the next several phases. Repeated infringements by Withy kept Topsham in possession. Withy defence continued to remain solid as they endured the multiple penalties, which saw Chris Gibbons receive a yellow card.

There was finally an opportunity for the home crowd to breathe as Tops lost the ball forward, allowing us to clear our lines after almost 10 minutes of continued pressure.

The final score of the game went to Topsham on 70min when two or three quick phases of play forced open a gap in the withy defence to allow Topsham in from short range near the posts for a converted bonus point try. Final score: Withy 0, Topsham 24.

Not the result the boys would've wanted today, however they can be happy that they gave a strong performance in several key areas of the game with some impressive set pieces.

The defensive play must also be commended on the whole as they managed to deny Topsham the high scoring game that they have become accustomed to. They were unlucky not to score themselves but that comes at equal credit to the Topsham defence for their strong line.

It's onwards and upwards now as they can take the positives and negatives of today's game into training and prepare for another trip across the border into Cornwall next Saturday to play Newquay Hornets. Kick off 2:30pm at the Newquay sports centre.