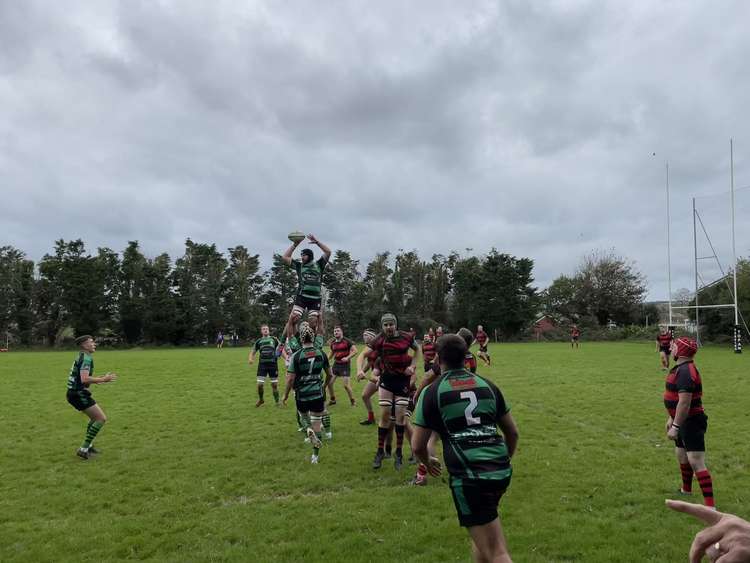 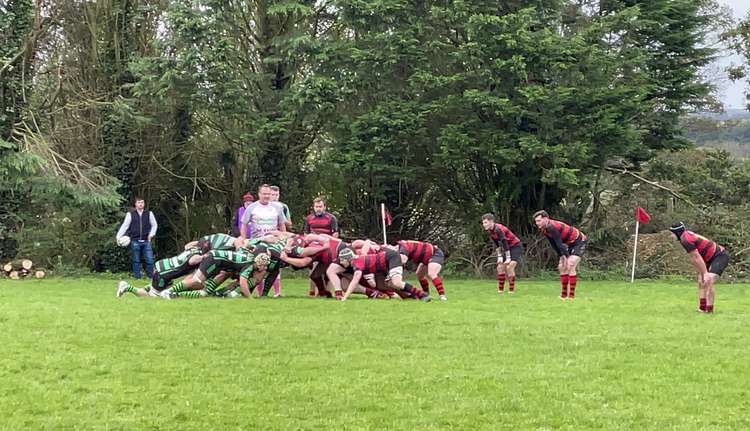 In a game where points proved to be at a premium, today's match became all about the action in the middle third of the field.

The opening quarter saw both sides exchange possession as they got used to the gusty wind. With this wind blowing in favour of the Withies, the boot of fly half Tom Cooke would be a key ingredient in making ground past the solid home defence.

The best chance of the half though came from the dominant Withy pack who drove a 5m scrum very close to the line but were just unable to get the ball grounded.

Shortly after, Liskeard-Looe had a chance of their own after a break down the line gave them a good period of attacking play in our red zone. They forced open a gap but mis-timed the supporting run as they were adjudged offside going over the try line.

Following this flurry into each other's 22's, the remainder of the half was played out back in the middle third to bring the half time score to 0-0.

The third quarter of the game followed suit with plenty of action on the field from both sides. The Lions had two attempts at goal on 42 and 65 minutes, both of which sailed wide.

Although Withy found themselves spending a lot of time in their own half, they were showing some good phases of attacking play but the defensive line remained impenetrable. With each turnover, the Withy boys turned to play a strong defensive game of their own.

Soon after the second penalty from the Lions, Withy turned the screw and really started to show real strength in the pack and a penalty on the half way line was kicked to touch just inside the home 22'. The line out was well secured and a driving maul was set up.

Gaining in strength and momentum, the 'Withy Express' powered over the line, giving Chris 'Fridge' Gibbons the perfect chance to dive down and score.

With no extra points from the missed conversion, the boys knew they had to keep up that momentum to see the game out. Almost immediately though, the Lions struck back and earned a penalty. It was third time lucky for the kicker as he brought his team to within two points.

Once again, play settled back around the halfway line, this time though there were more frequent breaks from both sides, giving the backs some testing tackles to make.

As the clock neared full time, Withies had two separate 5m line outs to defend to maintain the slim lead. The second of which was stolen by the boys as the clock turned red. The ball was duly caught and kicked into touch to bring the game to an end.

It may not have been the biggest scoring game we'll see all season, but a lot can be taken from the game, with lots of exciting phases in both attack and defence. It was a game that could've gone either way at any point. Full credit to both sides to stick at it.

However with some huge defensive moves from the Withy lads, they can be more than pleased with that hard-earned win away from home.

Next weekend, the Withies host Topsham at Raleigh Park in what should be a great local derby. Kick off 2:30pm.

Chiefs' hopes for a comeback dashed against London Irish