Recap: Why was the A376 Exmouth Road closed, and what happened at Clyst St Mary roundabout?

Part of the A376 Exmouth Road has now reopened after a lorry shed its load yesterday (Monday 17 January) on the Clyst St Mary roundabout.

The driver of the lorry was not injured. The lorry was situated across both lanes of the A376 Exmouth Road southbound exit of the roundabout.

The lorry's load, a construction vehicle used for crushing concrete, was seen lying on its side. A large amount of diesel was also spilled on the road.

A mother and her two children, who go to a local school in Clyst St Mary, spoke to Nub News at the scene.

One of her children, who was in a classroom at the time, said: "There was a thud, and lots of [what sounded like] breaking glass." The other child said they heard a 'screeching' during playtime.

Police, fire, and ambulance services attended the scene, as well as recovery trucks and mobile cranes.

A grit-like substance also seemed to have been spread over the roundabout.

Eventually, the construction vehicle was righted by two recovery truck cranes and the A376 and other nearby roads were reopened by 9.10pm.

A spokesperson for Devon and Cornwall Police said: "Police were called around 10.05am yesterday [17 January] after a lorry shed its load at Clyst St Mary roundabout on Sidmouth Road, Exeter.

"The load was a concrete crusher construction vehicle. The driver was not injured.

"Various road closures were put in place around Sandygate, Clyst St Mary and Clyst St George roundabouts for vehicle recovery and due to a large diesel spill as a result of the incident.

"The fire service and Highways attended to deal. The roads were all fully reopened by 9.10pm." 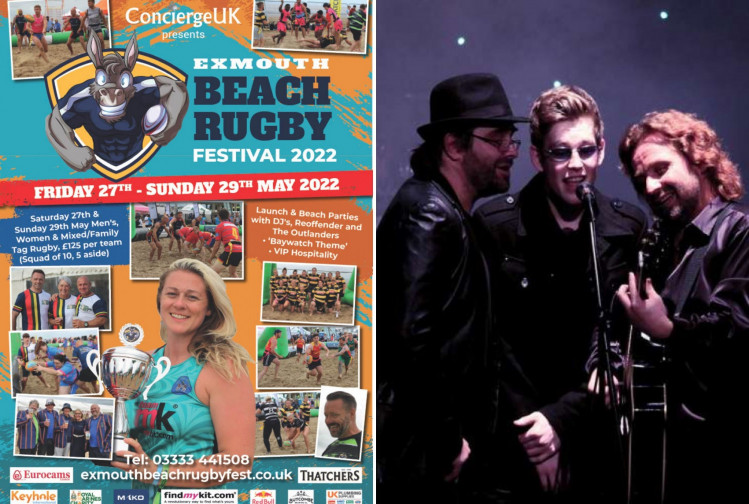