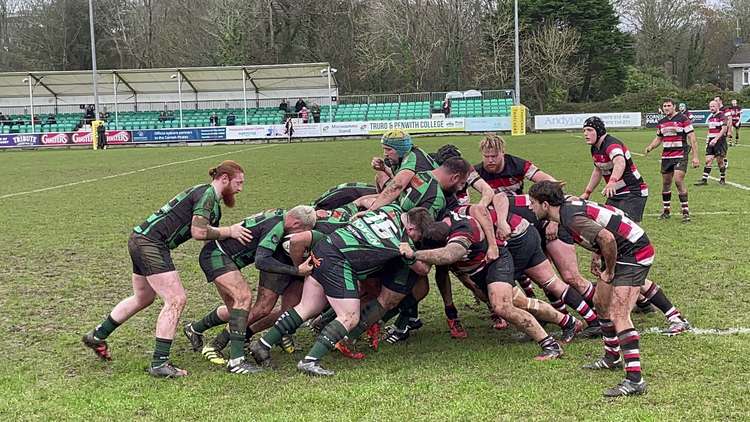 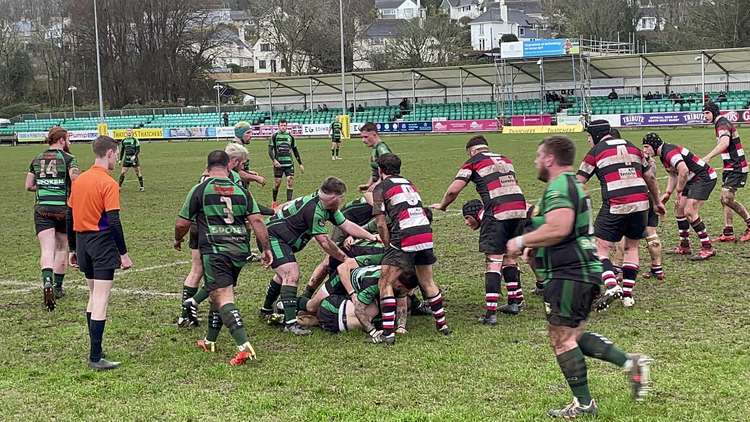 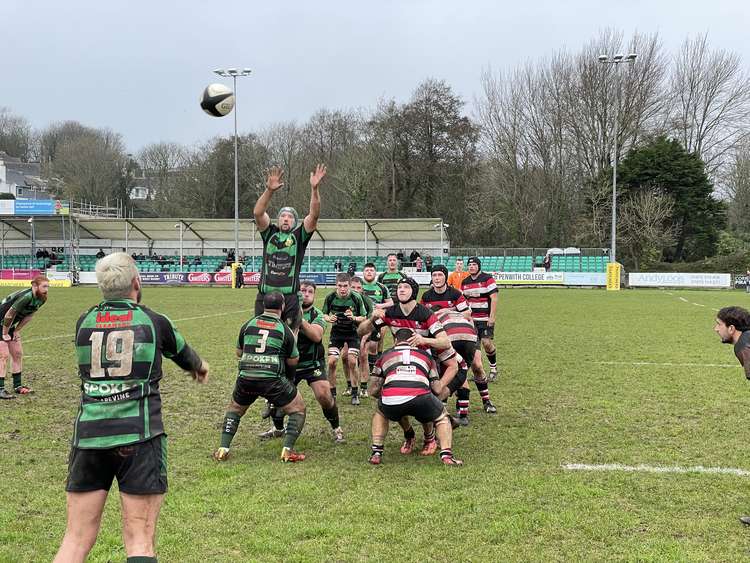 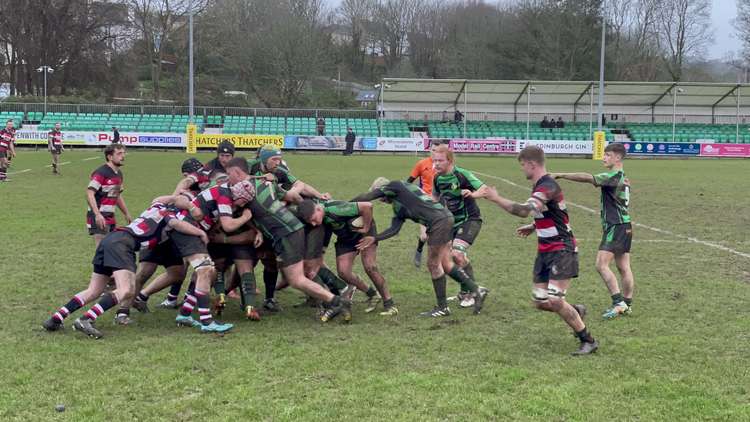 The boys put in a good performance against strong opponents in the furthest away game of the season.

As the game got underway with the misty rain falling, both sides needed to be extra careful to avoid the handling errors. This risk became more apparent in the early phases as the hosts maintained possession from the kick off right through to our 22' where they dropped the ball to give Withy a little breather so early on. Shortly after, Withy suffered the same misfortune when a Danny Sansom break was ended 15 yards from the try line when a successful Ammies tackle saw the ball bobble out of Danny's hands.

The 120 mile trip down the road was showing though as a little travel fatigue caused some problems for the boys as the home side used the full width of the field to good use to dominate the opening quarter of the game. Two quick converted tries from Fullback Ben Wragg and Flanker Ben Martin on each wing certainly looked to put Amateurs in the driving seat but the determination in the Withy side refused to allow the hosts to keep this momentum for too long.

As the fatigue wore off, the Withies grew in strength and, although not winning a huge amount of possession, they managed to keep the Cornishmen in that middle third of the pitch, denying any real territorial gain.

As the half drew to a close, two penalty kicks to touch brought Withy to within striking distance; and, with the second of two 5m line outs setting up beautifully, the shove came and Withy crashed over the line with Dave Richards coming up with the ball. Tom Cooke's conversion attempt drifted just wide to give the hosts a 14-5 lead at the break.

With the second half getting underway, the play was a little more settled than the fast-paced opening forty minutes; but when Pirates Amateurs found themselves with a penalty in a kickable position, Ammies' Rhys Brownfield took the opportunity to extend the lead with a well placed kick.

The quick pace and big tackles returned once again and as a result of this, the injuries began to build for Withy. Despite this, our defence stood strong and with some good periods of attack added into the mix, Amateurs found themselves contained to their own half for some time.

With some great passages of play coming from both sides, there was plenty for every supporter to enjoy, whichever team you were cheering on. However a sudden break came off the wing for Pirates as some rare loose Withy tackling made way for winger Callum Gardner to cross the line and get the try.

Withy continued to fight back, once again confining the home side to their own half, gradually creeping towards the line. With a number of penalties against them, Amateurs found themselves on a team warning and with the following maul being stopped illegally inside the 5m channel, captain Ben Taylor was sent to the sin bin. Unfortunately nothing came of the following scrum and as the ball was lost, the final whistle was blown. Full time score: Pirates Amateurs 22, Withycombe 5.

Although the winning streak comes to an end, this was still an impressive team performance against a strong, well drilled side who have been scoring freely at home. The boys were unlucky to not come away with more from the game but certainly more than held their own against tough opponents who themselves showed why they are currently sitting second in the league.

The boys are back on the road again next week as we begin the second half of the season and travel to Plymouth to face Plymstock Albion Oaks at Horsham Playing Fields. Kick off there will be at 2:30pm.