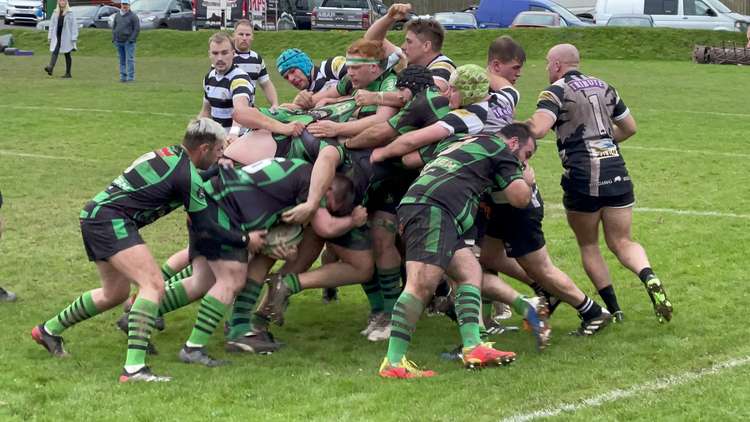 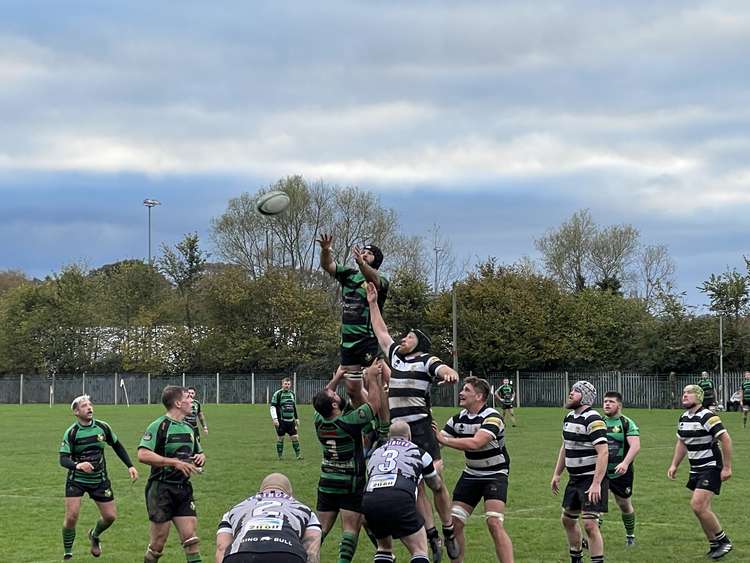 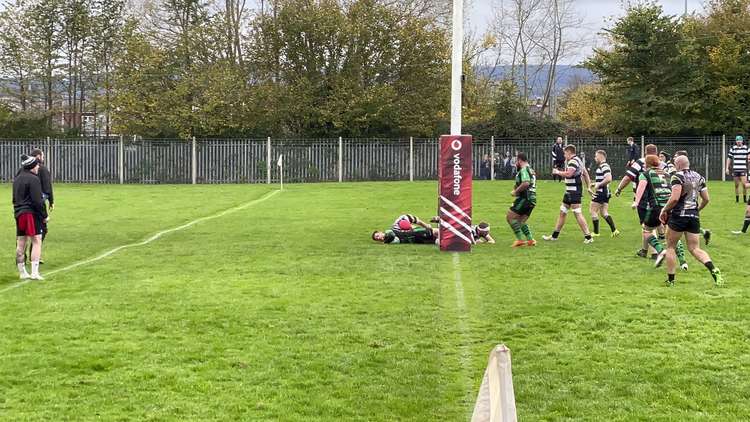 Following our first 'Sporting Lunch' of the season with guest speakers Chiefs legends Kai Horstmann & Carl Rimmer, the crowds packed out Clubhouse Corner and the sidelines for an equally as entertaining afternoon of action on the field.

With the slope in favour of the Withies in the first half, they put this to good use to turn on the early pressure and earn themselves a penalty just outside the 22', Tom Cooke's kick sailed through the posts to put Withies ahead inside five minutes.

Cooke was influential in the game's first try when he made good use of the new 50:22 rule to hand Withy a well placed line-out back inside the Tic's 22'.

Withy won the ball and drove down the pitch and over the line, allowing for Prop, Chris Gibbons to score.

With the home side eight points up, Torquay put on their first period of prolonged attacking play of the game, but the defensive play from Withy extinguished any threat, eventually being rewarded with a penalty and an opportunity to clear their lines.

As the early dominance continued, a break from Captain Liam Cullen at half way put us back in their 22' once again – and with another penalty and a kick out to touch.

With the line out won, the ball exchanged hands multiple times through each member of the team before channelling the ball through the forwards; a few phases later, Withies were over again thanks to Mike Richards who crashed over the line. Cooke's conversion topped up the score to 15-0.

The third try of the game came after ten minutes of 'more of the same' where the Withy boys really showed what they were made of – phase after phase of pressure both in attack and defence, making good distance when in possession of the ball and forcing errors from the visiting side when they were without it. More sustained pressure in the 5m zone forced a gap for Vice Captain Danny Sansom to bulldoze through the defence and score under the posts, putting Withycombe 22 points up at half time.

With the slope now in their favour, Athletic kicked off the second half with some good attacking play of their own, slowly playing their way out of their half; a break down the wing looked promising from the winger but a fantastic tackle bundled the ball into touch to relieve the immediate pressure.

Encouraged by this, Tics enjoyed the larger share of possession and territory throughout the majority of the third quarter. Despite this, the Withy defence stood strong to deny any real opportunities.

The speed at the breakdown prevented too many large gains and when attacking, the ball was shipped quickly to keep Tics on their toes and slowly tire out the visitors.

The boys thought they had the bonus point just before the hour when a break from Glenn Channing was passed out to Mike Richards and then finally to the awaiting Sam Warren who sped towards the line but a last ditch tackle ensured that the ball was held up, handing the ball back to Torquay for the goal line dropout.

That much-sought-after fourth try came soon after at 62 minutes when another catch-and-drive from ten metres out travelled effortlessly across the line for Max Cooke to score in Clubhouse Corner, much to the joy of the roaring supporters. From one scoring brother to another, Tom Cooke's touch line conversion attempt goes over in perfect fashion.

Torquay still wanted something out the game as they found more energy to push forward in an attempt to get some points of their own. Once again, they worked through the phases to make their way all the way down to the Withy try line.

However, it really was the Withies' game as they stole the ball back from the line and cleared back to our 10m line. Athletic tried again to get back down the field, but the green and black wall was solid – nothing was getting through!

Withies finished off the scoring with Man of the Match Mike Richards who completed his brace of tries with a crashing run over the line, taking a couple of defenders with him. Cooke's final conversion of the game took the final score to Withy 36, Torquay Athletic 0.

A top performance from each and every one of the 18 boys who took to the field – the best performance of the season to date!

Those boys will be looking to take this energy and performance level with them back on the road next week when they head to Mid Devon and play North Tawton at Tawmeadow. Kick off 2:30pm