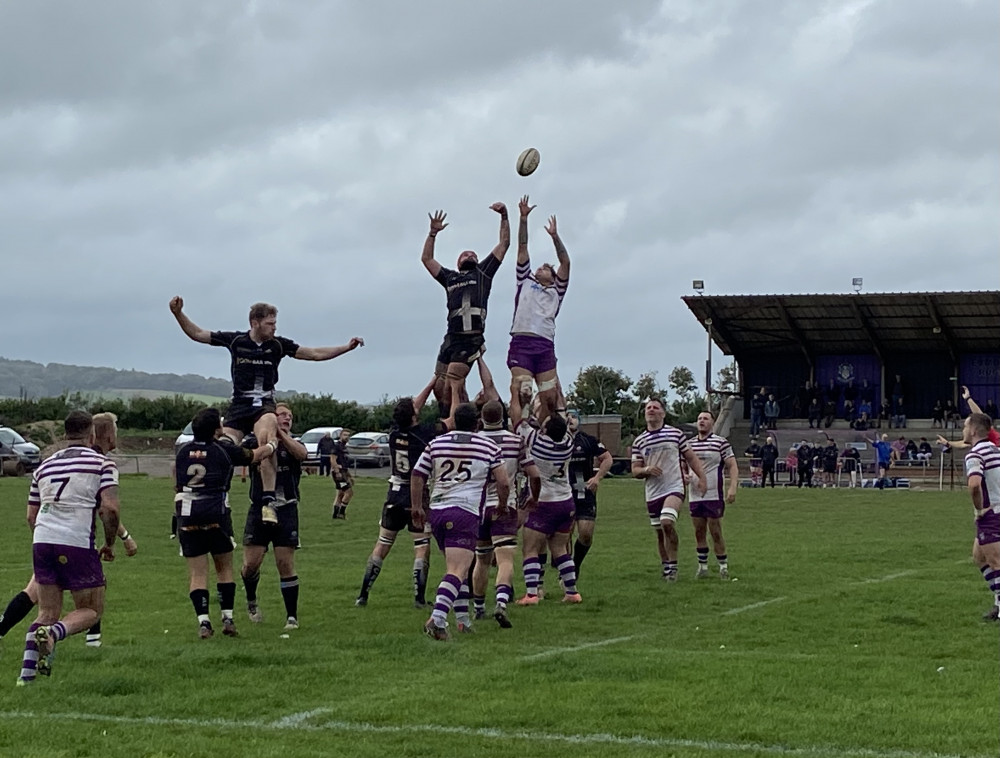 The COCKLES went looking for their second win in a row and found what they were looking for. Visitors Launceston were no pushover, for large parts of the game there was not much between the two sides in terms of attack and defence. The Cornish All Blacks did thwart a number of home side scoring opportunities throughout the afternoon, however Exmouth ran out 22-12 winners.

On Vice Presidents Day, a few spectators heading out of the club house after lunch might have missed the first score from CABs Andy Knight just after the start. Plenty of meaningful adventure from both teams, it was COCKLES Oli Cave to score next, George Meadows added the extras, lead restored 7-5 on fourteen minutes. During the scoring play CABs picked up a yellow card, followed by another fifteen minutes later. Despite this, Exmouth went unrewarded despite having a chance to keep the scoreboard ticking over, 7-5 at the break.

Against a swirling wind the game could have slipped away from the home side when Lloyd Duke went over, converted by Dan Preece, 7-12. However, the COCKLES found their form to secure the game, the scrum and line-out working well, a platform for attacking lines of running. The difference was an improved off load game that split CABs defence. Nick Headley brought the game level with a well taken try, 12-12, extras missed. On fifty-eight minutes Will Ridout increased the lead with Meadows converting, 19-12. A penalty taken, Meadows added an extra three points, 22-12. The COCKLES soaked up some later pressure to deny CABs a losing bonus point, who did miss a late penalty deep into overtime.

Four well deserved league points for the COCKLES, moved them five places up the table. It's tight from 8th place down.  A reward for players and coaching team, as well as all involved getting matches done on game day. Spectators rightly cheered on a good day at Exmouth.

Down to Plymouth on Saturday 5 November, the COCKLES visit Devonport Services. Kick off @ 3.00 pm. Currently a Top 3 team, another big game to come.

QUINS worked hard in a challenging game and eventually went down 42-5 at Devonport Services 2nd Team. Eliott Fielding scored the COCKLES only try, splitting the Plymouth based outfit defence wide open.   For large parts Exmouth had the upper hand at scrum time however could not contain the Services attack out wide. Next up, North Tawton 1st Team at home on Saturday 5th November. Kick off at 2.30 pm.

NOMADS had a few late changes to line up, take nothing away from the lads playing out of position, this was an entertaining game that Tiverton 3rd Team won 42-5. The COCKLES frustrated the home side and stuck to their task throughout the game. A week break next weekend, then Exeter Engineers on Saturday 12 November.