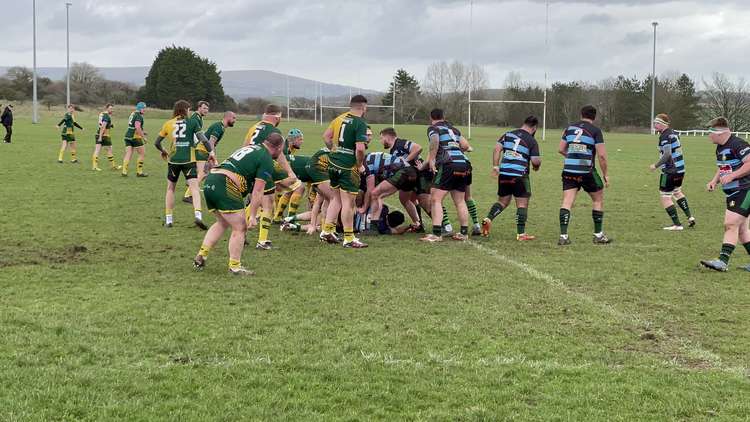 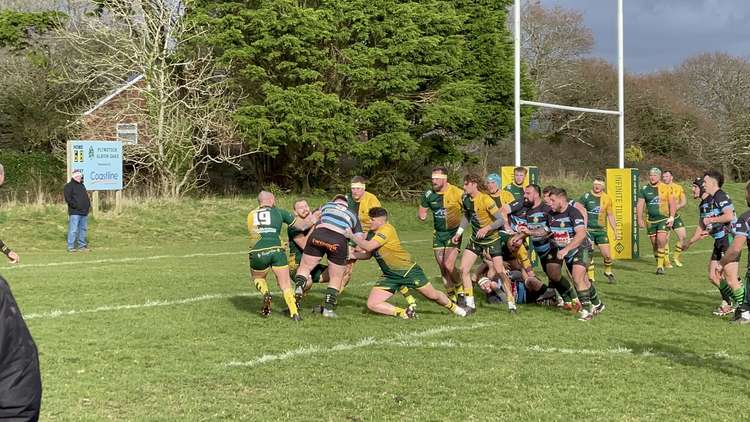 With the slope in our favour in the first half and the strong gusty wind blowing across the pitch, Withy wanted to make a good early impression. This is exactly what they did, dominating early phases of the game to keep oaks largely in their own half. Pressure was converted into points after 7 minutes when Chris Gibbons powered 10m down the left wing to score in the corner. Oaks fought back though and after winning a couple penalties, found themselves pressuring our defence on the 5m line. The boys weathered the storm well until the ball was shipped out wide quickly to open a space and score and level the points to 5-5.

The following quarter of the game was a more equal one, with both sides matching their opponents, making for some enjoyable end-to-end play.

The hosts got the next score though as some shorter than expected advantage allowed them to keep the turnover ball and break away for a score to put themselves ahead at half time with the score at 10-5.

With the second half underway, Withy now had the slope against them and, despite the initial hard work in the opening forty minutes, found the play a lot tougher as Oaks used their knowledge of a home pitch to good effect, eventually going on to score 50 unanswered points in the second half. Final score Plymstock Albion Oaks 60, Withycombe 5.

Irrelevant of the score, huge credit to the boys who put up a brave fight in the first half and with 12 regular 1st XV players currently on the unavailability list for various reasons, those that were able to make the journey and honour the fixture provided the travelling support with a game of rugby to watch.

There's now the opportunity to regroup, reset and prepare for our second home game of 2022 when we welcome Liskeard-Looe to Raleigh Park next weekend (12th February). Kick off 2:30pm.